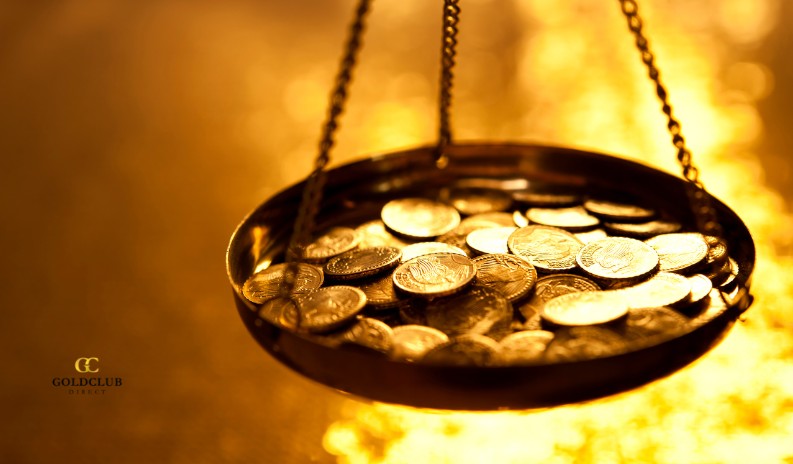 The troy ounce can be traced back to Troyes, France during the Middle Ages. Troyes was known for its prominent trade market. Traders from all over the globe traveled there to trade goods, including gold and silver. In order to standardize trading, the merchants developed a system of weight for products going through the market. Their system is thought to be based on the Roman monetary system. Their currency was weighed in “aes grave” or what today we would call a pound. 1/12th of an “aes grave” was called an “uncia” or an ounce. Like the Roman monetary system, 1/12th of a troy pound is a troy ounce.

As this system became more popular, it spread to other parts of the world. French-born King Henry II of England decided this system should be adopted by the British coinage system. It was not until the 15th century that we saw troy weights, as we know them today, being used. 100 years later in 1527, the British recognized the troy ounce as the official measurement of gold and silver. The United States adopted this standard in 1828.

Why do precious metals use the troy ounce?

Today, the troy ounce is the last used metric of the troy weighting system. This troy ounce is the primary weighing unit used at most sovereign and private mints around the world. This helps to ensure the purity of the precious metals as well as provide consistency among weights of various bars and coins. This measurement system has been used since the Middle Ages and provides constant weight standards throughout history.

Although this might seem like a small difference, it is very important when buying and selling bullion. When you see the price of gold or silver per ounce, it is in terms of troy ounces. Most transactions are more than one troy ounce, so the difference in ounces could easily add up if you are not careful. Some sellers could list a product at 100 ounces, but the product would only weigh 90 troy ounces, leading the buyer to lose 10% of the value of the product. Very rarely will you see bullion in terms of avoirdupois ounces, but if you ever do, you can multiply that weight by 0.91 to find its weight in troy ounces. Make sure to check the item’s specifications to ensure its weight.

GoldClub Direct weighs all of their products using troy ounces or grams. By understanding what a troy ounce is, buyers will have a better understanding of the precious metals market. If you have questions about the weight of the products or would like to learn more, do not hesitate to reach out at 1-800-700-4715.