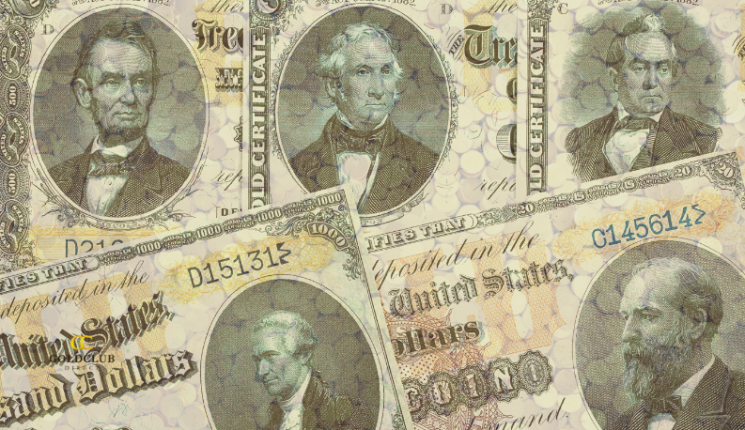 In 1792, the United States adopted a bimetallic standard, as silver was more abundant at that time. The silver-to-gold ratio was set at 15-1, however, the value of the metals varied greatly over time, which pushed gold out of circulation. The Coinage Act of 1834 tried to fix this problem by changing the ratio to 16-1.  This act led to the adoption of the gold standard.

Although there was a period of fiat money from 1862 to 1879, the true gold standard in America lasted from 1879 to 1933. During this time, gold and the US dollar could be exchanged based on the fixed price set by the government. In 1900, the US Government committed to the gold standard by declaring the gold dollar as the standard unit of account, and a gold reserve for paper money was established. In 1933, the official gold standard of the United States ended. Franklin D. Roosevelt signed Executive Order 6102 into law. This law forced all Americans to turn in their gold, except for a few exceptions, to be redeemed for a set price of $20.67 per ounce. Convertibility of money to gold was then suspended, and a new parity of gold with a devaluation of 40% was established for international transactions, at a price of $35 per ounce. American citizens were still barred from “hoarding” gold, so the gold value of the US dollar was almost meaningless.

The laws signed by Franklin D. Roosevelt began the United States quasi-gold standard. Under this system, the dollar was still defined in terms of gold. This continued under the Bretton Woods international monetary agreement of 1944, which used gold as the universal standard for collective international currency exchange.

The $35 per ounce convertibility of gold remained until 1971 when Richard Nixon announced the United States would no longer convert dollars to gold at the fixed value. The dollar-to-gold ratio did not change until 1972 with a devaluation of the dollar to $38 per ounce of gold. There were still no conversions from the US government at this price. The dollar was devalued again to $42.22 per ounce, but this price couldn’t be sustained either. In reality, the US was taken off the gold standard after Nixon announced an end to gold-dollar convertibility, but it wasn’t until 1976 that the government officially removed gold from the description of the dollar.  In 1974, Gerald Ford signed legislation to allow citizens to own gold bullion again. The United States monetary system returned to the use of fiat money.