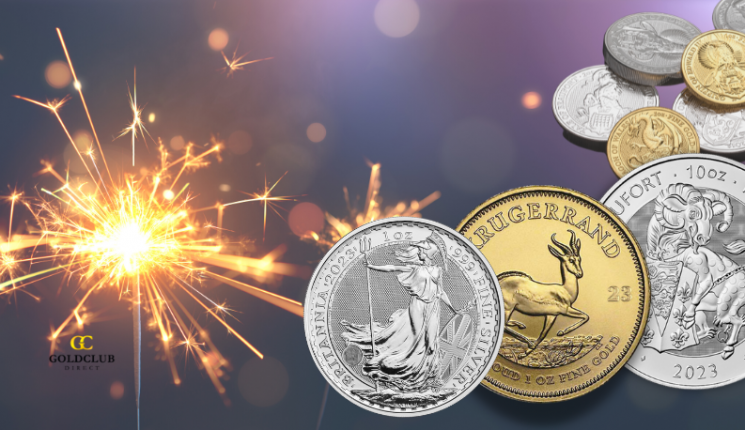 It’s an exciting time for collectors and investors alike as the Royal Mint, South African Mint, and United States Mint are all set to release new products in 2023.

First up, the Royal Mint is releasing the 2023 1 OZ British Silver Britannia coin, which features the iconic Britannia design by Jody Clark. This design, which was first introduced in 1987, depicts Britannia, the female personification of Great Britain, as a strong and dignified figure. The reverse side of the coin features a depiction of the royal shield, which is surrounded by the names of the four countries that make up the United Kingdom: England, Scotland, Wales, and Northern Ireland.

In addition to these two coins, the South African Mint is releasing the 2023 1 OZ South African Gold Krugerrand coin. The Krugerrand is one of the most well-known and widely collected gold coins in the world, and the 2023 release is sure to be highly sought after by collectors and investors alike. The coin features the iconic Springbok antelope design by Coert Steynberg on the reverse side, and the obverse side features a portrait of Paul Kruger, the former President of the South African Republic.

Finally, the United States Mint is releasing the 2023 1 OZ American Silver Eagle coin. This coin is the official silver bullion coin of the United States and has been minted every year since 1986. The design on the obverse side of the coin, by Adolph A. Weinman, depicts Lady Liberty draped in an American flag, walking confidently forward. The reverse side of the coin features the detailed depiction of the face of an Eagle, created by Jennie Norris.

2023 is shaping up to be an exciting year for coin collectors and investors, with the release of four new coins from the Royal Mint, South African Mint, and United States Mint. Each of these coins features unique and intricate designs, and is sure to be a valuable addition to any collection. Whether you’re a seasoned collector or just getting started, these new releases are not to be missed, and are available now at GoldClub Direct!