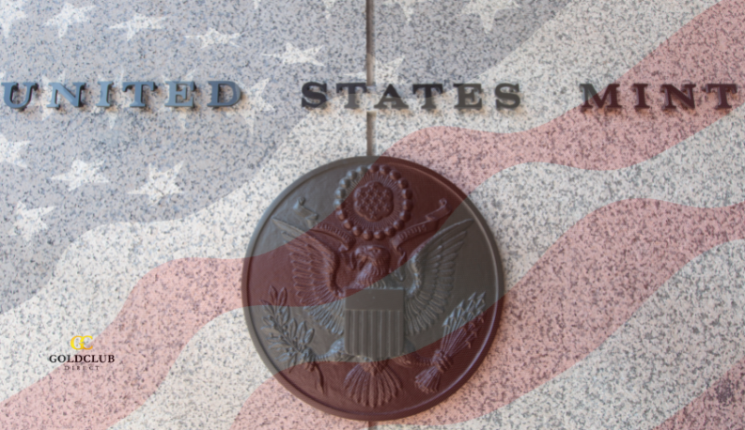 The first United States Mint opened in 1792 in Philadelphia through the passage of the Coinage Act. The mission of the United States Mint is to manufacture and distribute legal coinage, along with precious metal and collectible coinage. As the need for more coinage spread, along with the expanding gold rush, the Mint opened up multiple more facilities across the country.

The first coin production at the Philadelphia mint included various denominations. The mint produced half cents and cents in copper; they produced half dimes, dimes, quarters, half dollars, and dollars in silver; quarter eagles ($2.50), half eagles ($5), and eagles ($10) were produced in gold. These denominations and the metals used to mint the coin have changed many times throughout the Mint’s history.

In 1849, gold fever spread west, all the way to California. The transportation costs to send gold to Philadelphia became too large, so the next branch mint was opened in San Francisco. In 1858, gold was found around Colorado, leading an influx of people to reside in Denver. In 1862, Congress decided to open another mint in Denver to produce gold coins; however, the facility was only used as an assay office to melt, assay, and cast the gold into bars until 1895, when it was converted to a mint and finally began producing gold and silver coins in 1906.

The Carson City Mint opened up in 1870 to accept silver deposits from the Comstock Lode, the United States’ largest silver strike. The Mint was closed in 1885 due to political reasons and was reopened in 1889. Coinage operations stopped in 1893, and its Mint status was finally withdrawn in 1899. The facility remained an assay office until 1933. Many assay offices were needed in the west to access and process the recently mined metals. Most of the offices closed in the early 1900s as the mining of precious metals slowed.

As coin and bar production in the United States continued to expand, the need for a secure storage facility became necessary. The Fort Knox Bullion Depository was opened in 1936 in Kentucky. In 1938 the West Point Bullion Depository was opened and remained a storage facility until 1973 when they started producing pennies to reduce the stress on other mints. West Point also produced Bicentennial quarters in 1976 and gold medals starting in 1980. It became an official US Mint in 1988.

To learn more about the US Mint and its history, click here.